For this term’s day trip, CUHWC headed to near Hawnby in the North York Moors. This is only the second time we’ve visited this area; last time was in 2002! There were a number of new members in the group, who all seemed to enjoy themselves, even if they did get sunburned.

After a prompt 07:00 start from Queen’s Road, we arrived at 10:00 and after some route card faff got going a bit before 11:00. There were three groups — a ‘slow’ and ‘fast’ group doing the horseshoe around Bilsdale West Moor, Black Moor, White Gill Head and then Coomb Hill. Predictably, the ‘fast’ group spent a long time trying to catch up with the ‘slow’ group before finally overtaking them. The ‘slow’ group had a wonderful time trying to identify various birds on the moors — after much debating, it was decided that we saw lapwings, curlews and (the more easily identified) red grouse.

The third group (of two) did roughly the same route, but in the opposite direction, and focused on practicing their navigation skills. They saw a lot of dead animals (two sheep, lots of spiders, a hedgehog, several rabbits and several pheasants and other birds) in Thorodale. It was labelled the valley of death, and they warned the other groups not to go there. Nobody on the trip died, which is good because it would have resulted in a lot of paperwork.

All three groups got back to Hawnby in time to stock up on cream teas at the tea shop and pub, before heading off back to Cambridge to get in at about 23:00.

Click on people’s names below to follow a link to their complete album. If you have any further photos of this trip that you would be willing to share on this page, please contact the Webmaster. 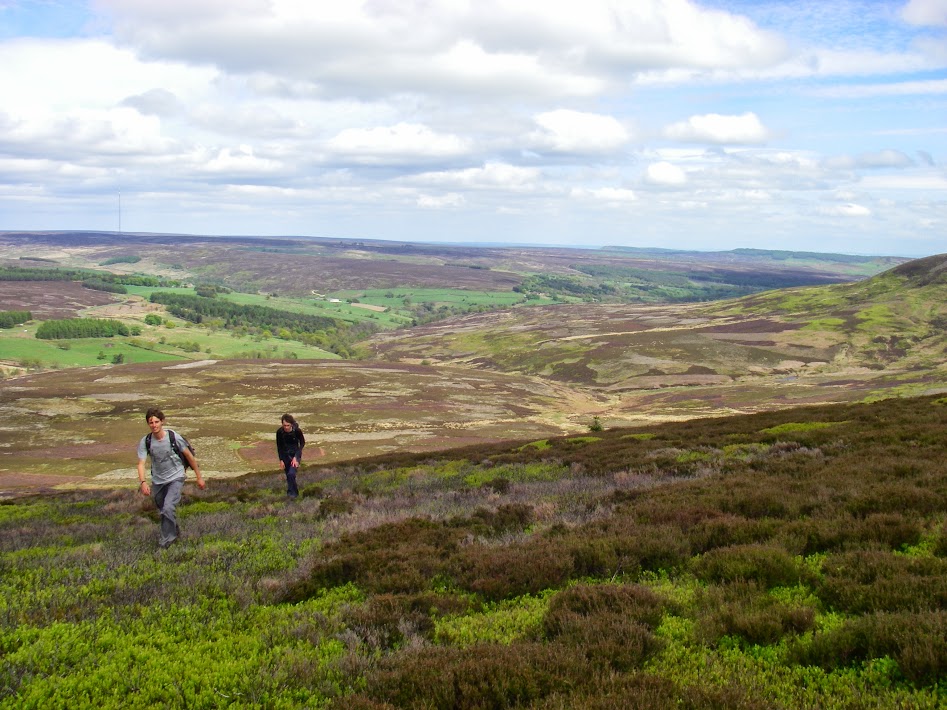